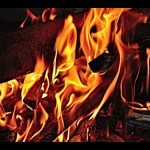 On Wednesday evening at approximately 9:15 PM, the Farmington Fire Department responded to a working fire involving a large two-story dwelling in the 18000 block of Elgin Avenue. According to published reports, all residents were reported to be evacuated from the building. Crews on scene reported smoke in the basement. An Apple Valley ladder also responded. The fire was said to be quickly extinguished, and the incident remains under investigation.

Permanent link to this article: https://kdwa.com/2020/07/fire-reported-in-farmington/