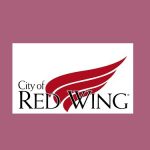 The Red Wing City Council fired the city’s police chief on Friday, citing a lack of trust and failures on the chief’s part to support policy. According to published reports, Chief Roger Pohlman was notified by letter on Friday of his termination. The letter was delivered after a special session of the council where the council went into a private executive session with the city attorney before voting 6-1 to deliver the letter. In a statement released Saturday, Chief Pohlman indicated he was given the choice to resign before being terminated. In a statement he also said, “I want to thank the countless citizens of Red Wing who have reached out now and in the past with their support. High on that list are my fellow military veterans, Hispanic Outreach, our Faith-Based groups, business owners, some former City Council members, and our State Representative Barb Haley.”[v:NNews Department20212_FebruaryCompleteCNS_23_R_RW_PoliceChiefFired_52.mp3]

Permanent link to this article: https://kdwa.com/2021/02/red-wing-fires-police-chief/