Confirmations Canceled Due To COVID 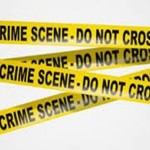 On June 26, at approximately 2:16 AM, the Cannon Falls Police Department, assisted by the Goodhue County Sheriff’s Office, responded to a 911 call reporting the assault of a small child. According to a press release from the CFPD, upon arrival, the officer spoke with the caller outside the residence. The caller reported there had been an argument occurring about keys for a vehicle, when the suspect pushed the small child. The officer started walking to the residence to speak with the suspect when the officer heard a vehicle start and drive away. The caller and the officer saw a vehicle driving away and the caller stated that it was the suspect. The officer attempted to stop the suspect. The suspect was several blocks ahead of the officer. The result of the chase was a collision between the suspect vehicle, allegedly stolen in Minneapolis, and a tractor trailer on Highway 52, near the County Road 86 intersection. The suspect was taken to a medical facility with undetermined injuries. The investigation of the assault and fleeing is ongoing and the results of the investigation will be sent to the Goodhue County Attorney for formal charges. The suspect has not been named because he has not been arrested or charged at this time. The Cannon Falls Police Department is asking anyone that may have information pertaining to any of the crimes connected with this incident to contact the Cannon Falls Police Department at 507-263-2278.

Permanent link to this article: https://kdwa.com/2020/06/assault-on-child-reported-in-cannon-falls/