The Hastings Raiders hockey teams both emerged victorious from their Thursday night from their contests. The Raider boys hockey team went on the road for the first time and held off Simley to get a 3-2 win. The Raiders prevailed despite 7 trips to the penalty box, and got quality goaltending from Kody Niederkorn once again. The Raiders were in an even contest early on, but Mark DeNoyer would break the ice on a rush, beating the Simley goaltender to make it 1-0. The Raiders would seize control after that. DeNoyer nearly added a second goal on a rush, and the Raiders had a few more rushes in the period, before Danny Millner scored on an assist from Blake Vandehoef to make it 2-0. Simley would score a minute later to make it 2-1 after an exciting first. The second period was scoreless, and Hastings spent a good majority of the period on the penalty kill, as a result trailing in shots on goal after two 18-17. The Raiders started the third period much cleaner, and Blake Vandehoef would zing one past the Simley goaltender to make it 3-1, with Peine and Larsen on the helpers. Hastings would play suffocating defense to keep the lead 3-1, until Connor Zgoda went off for a 5-minute major penalty. Simley however couldn’t find any shooting lanes, and then took a penalty of their own to make it 4 on 4 hockey. They would pull the goaltender and get a meaningless goal with 2 seconds left, but Hastings would get the win 3-2. Niederkorn made 21 saves in the winning effort, and 7 Raiders registered one point or more, with Vandehoef registering two in the victory. The Raiders return to action Tuesday night in Anoka now sitting with a record of 1-0-1 on the year. They then head south to Rochester on Thursday to play Century.

The Hastings girls hockey team cruised to a 5-1 win over the Two Rivers/Saint Paul Co-op. Kacey Plank added a power play goal in the first period to kick things off and Addie Seleski would double it up later on to make it 2-0 after one. The Raiders pulled away in the 3rd, after TRSP cut it to 1 in the 2nd, with Makayla Berquist scoring twice and Madyn Hanson adding another. 10 different Raiders registered a point, with Berquist’s two goals giving her two. The Raiders were 5-5 on the season heading into a nonconference tilt with White Bear, check back for an update on that contest. 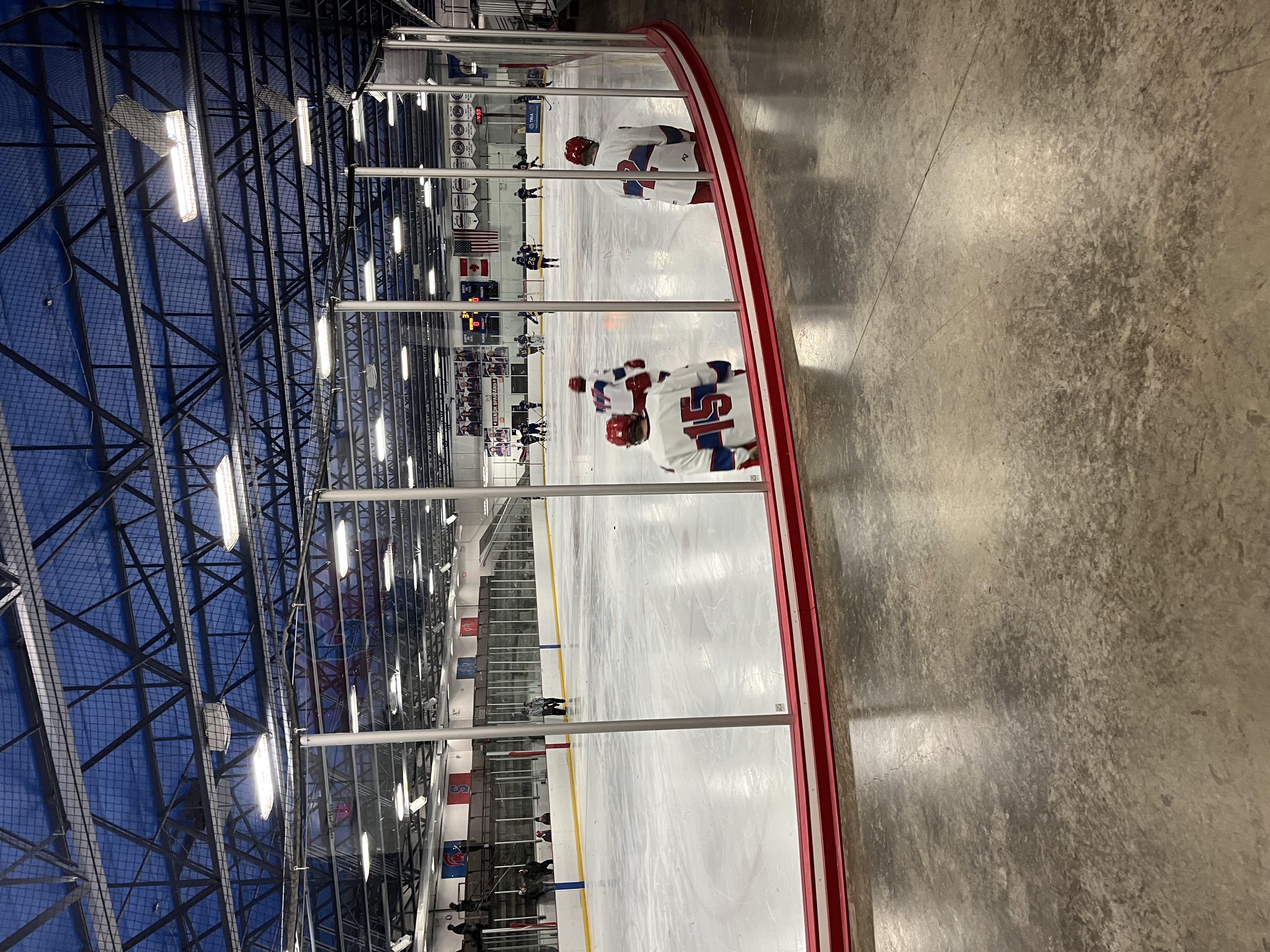 Permanent link to this article: https://kdwa.com/2022/12/raider-hockey-teams-sweep-thursday-night-games/