The Hastings Fire/EMS Department reports that at 10:29 PM, on Tuesday, November 8, the Department responded to a structure fire in a twin home in the 100 block of Sandpiper Circle. According to a City press release, upon arrival, firefighters found a twin home with heavy smoke coming from the eaves and a fire in the attic. Residents had evacuated their home and called 911. The adjoining unit was evacuated by HPD staff, and eventually allowed to be re-occupied with no fire damage. Firefighting units arrived in seven minutes and began aggressively fighting the fire from the exterior as well as inside the attic of the home. The fire was declared under control at 11:43 PM. Firefighters remained on the scene until approximately 1:15 AM. Department officials say the cause of the fire appears to be a lightning strike. Damage from the fire was limited to one side of the twin home structure. The Hastings Fire Department was assisted by fire crews from Miesville, Prescott, Rosemount, and Cottage Grove, Hastings Police, and EMS support from Allina Health. 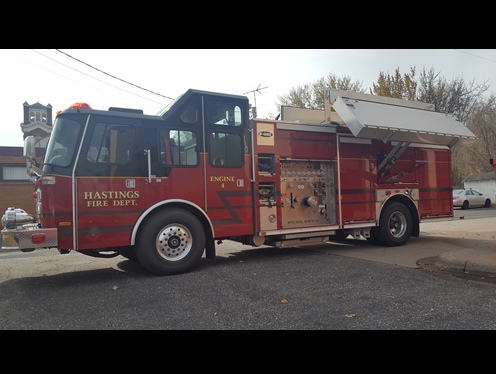 Permanent link to this article: https://kdwa.com/2022/11/fire-reported-on-sandpiper-circle/