The Fireside Social House on 2nd Street in Downtown Hastings is under rebranding to be introduced later this Spring as the Quarry Taphouse. The new owner of the facility, Randy Stenger, appeared before the Heritage Preservation Commission on Tuesday evening to discuss new signage for the building, which was approved. Inside renovations are also well under way, and as of yet, no opening date has been announced. 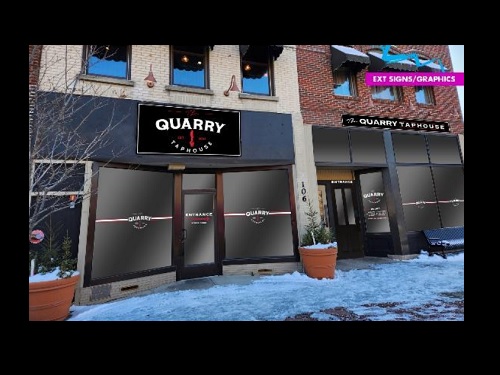 Permanent link to this article: https://kdwa.com/2023/01/fireside-social-house-to-reopen-as-quarry-taphouse/