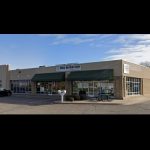 Several state officers and staff of the Minnesota Democratic-Farmer-Labor (DFL) Party joined Democratic nominees Judy Seeberger, Pat Driscoll, and Tina Folch, along with dozens of local party activists at the grand opening of the first DFL office in Senate District 41 in Hastings on Aug. 14. According to a DFL press release, Hastings City Council Member Tina Folch, who is running for the state House of Representatives from District 41B, which is predominantly Hastings and much of Cottage Grove, would be the first woman to represent the area if elected, and the first Democrat in 40 years, since Harry “Tex” Sieben won and eventually became Speaker of the Minnesota House of Representatives. This is the first election cycle in the newly created Senate District 41, which extends from Grant in the north to Hastings and Nininger Township in the south. The Senate District 41 DFL office is entirely staffed by volunteers. It is located at 1260A South Frontage Road in Hastings, in the space formerly occupied by Spiral Natural Foods Co-Op, which recently moved to a larger space in the same building at the intersection of Highway 55 and Westview Road.

Permanent link to this article: https://kdwa.com/2022/08/dfl-opens-hastings-field-office/