Proposal Made For Levee Park Art 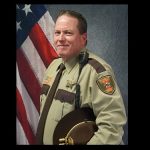 The Washington County Sheriff’s Office reports that after an impressive 31 years with the Office, Deputy Sheriff Mark Caroon retired on July 31st and he begins his well-deserved retirement. According to the WCSO, during his career, Mark worked in almost every department in the sheriff’s office, beginning his career in the Water, Parks & Trails division in 1991. It was there that he was awarded the “Boat and Water Safety Deputy of the Year” in 1996. Deputy Caroon went on to work in patrol and was a DARE Instructor for six years before becoming a K9 handler, first partnering with Max in 1998, then with Rumble during his time as a narcotics investigator in 2010. When asked how he will spend his retirement, Caroon said he looks forward to spending more time with his wife and their two kids.

Permanent link to this article: https://kdwa.com/2022/08/washington-county-deputy-caroon-retires/