Empire Township To Become A City 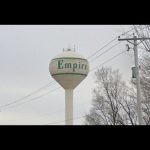 Empire Township in Dakota County stands ready to take the next step in “community evolution”, as a State Law Judge has approved the Township’s petition, filed in February, to become a City. According to Township Clerk Charles Seipel-Teng, the biggest change as a result of the incorporation will be changing the governing body of Empire from a three-member town board to a five-member council and mayor, adding that incorporation will provide greater certainty to the township by clearly establishing its borders and preventing annexation of areas within Empire to another community, and accommodating future City planning. Empire Township, an area of nearly 36 square miles, was organized as a township more than 160 years ago. The population now stands at approximately 3,300 residents, according to the 2020 U.S. Census report. Seipel-Teng said Empire staff are planning for this transition since the incorporation order calls for a special election to elect a city council and mayor on Tuesday, Feb. 14, 2023. After the election results are canvassed and the council and mayor are sworn in, Empire Township will officially become the City of Empire.

Permanent link to this article: https://kdwa.com/2022/09/empire-township-to-become-a-city/