It has been reported that Dakota County native and 1975 Simley H.S. grad Kevin J. Weddle was named on Thursday as the recipient of one of the nation’s most prestigious history awards in New York City. According to a news release, a veteran of Operations Desert Storm and Enduring Freedom, Colonel Weddle served more than 28 years on active duty. With degrees in history and civil engineering from the University of Minnesota and a Ph.D. in history from Princeton University, Dr. Weddle is now a professor at the U.S. Army War College. Weddle won the Gilder Lehrman Prize for Military History for “The Compleat Victory: Saratoga and the American Revolution”. The $50,000 prize is awarded annually for the best military history book published in English. Kevin is perhaps most widely known for his on-air work on the widely acclaimed History Channel documentary “Washington” in 2020. 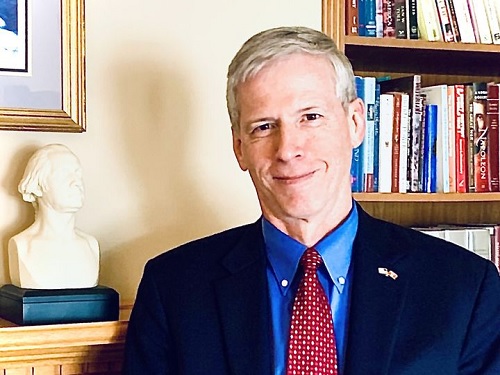 Permanent link to this article: https://kdwa.com/2022/11/weddle-honored/