Air Force Flight Nurse, and Hastings native, Major Katie Lunning, will be presented with a Distinguished Flying Cross Medal, the nation’s highest award for aerial achievement, for extraordinary achievement while participating in an aerial flight during the evacuation of Kabul in August 2021. According to a press release, on the night of Aug. 26, 2021, Major Lunning was among the first members of an aeromedical evacuation team to mobilize for a no-notice urgent combat mission. Within hours, she responded to a mass casualty event caused by a suicide bomber at Hamid Karzai International Airport (HKIA) that killed 13 U.S. service members. Under small-arms fire and imminent threat of attack at HKIA, she performed patient triage and intake for 22 patients before they embarked on their eight-hour aeromedical evacuation flight to Landstuhl, Germany. Major Lunning is the first Air National Guard flight nurse in the country to receive this prestigious award. 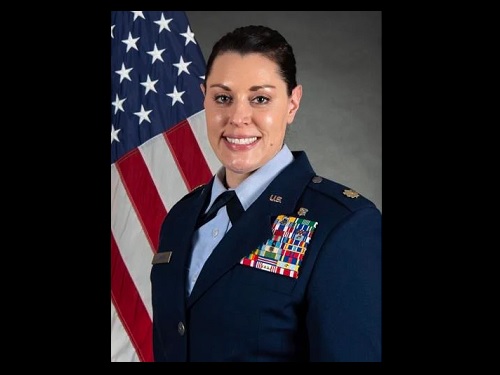 Permanent link to this article: https://kdwa.com/2023/01/hastings-native-receives-distinguished-flying-cross/